skip to main | skip to sidebar

I rushed out of work like a cat on fire (sorry cat lovers, the image made me giggle - I wouldn't like to see the reality of that) much like last time when I went to see Chloe for out Makeover with Sara and Sal. The only difference being, I actually made it to Chloe's house without having to call her up for directions on my final approach.

A much needed sandwich was made for me (thank you Chloe) and we chatted for a bit and then decided to get our bits together which gave me the perfect opportunity to show her my new bits and bobs, mostly I think she approved bar my green flip-flops which I'll discuss later. I then had a shave and sorted myself out, putting in contacts etc. Once we had got all our bits together in a bag which looked almost as though we were going to storm the embassy due to it's size, we were going in our usual drab and getting changed there.

Chloe drove to the OutSkirts meet as she knows the area and I've not really got a Scooby Doo (clue) where I'm going in Brumlington, it's held at the Victoria Theatre Bar in John Bright Street, Birmingham city centre, at the back of the Alexandra Theatre for you information. A link can be found on the right in the links section. Before going I'd emailed Sally to ask her for any information I might need which actually turned out to be not much as it's pretty much covered on the website but it was nice to make contact before turning up, as luck might have it she wasn't going to be about that evening but she said Larna would be. We parked up and entered the pub and Larna greeted us and pointed us in the right direction to get changed, most people were already dressed to impress. I think it's the fastest I've ever got myself ready, Chloe and I finished getting ready pretty much at the same time, we stowed our surplus bits to the sports bag and made our entrance! I was wearing my new white linen skirt, pink wide necked jumper and my pink heels (I couldn't stop myself from wearing them
Posted by Jenny Ford at 21:55

Well done both of you and congratulations to Chloe on her first time out. I'm really pleased and happy for both of you, and so glad that you had a great time at Outskirts.

Looking forward to meeting you both :)

Sounds wonderfull, maybe I may make it down that neck of the woods one day.

I didnt realise how much we packed into Monday night (as well as the bag) until I read your blog.

Thank you again (that must be the hundredth time I said that to you LOL) for sharing my first night out with me and making it such a wonderful experience. 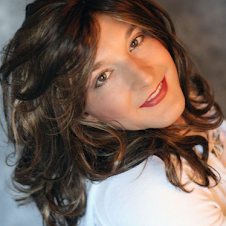 Be yourself, those that matter don't care and those that care don't matter.

Illusion is much better than reality, enjoy the magic.

People may make you cry... but amazing shoes... they will always make you smile... always!

They're not women's clothes they're my clothes.

Some of the most beautiful women are... men.

They say it a fine line between being a genius and being insane however I seem to have vaulted it with ease.